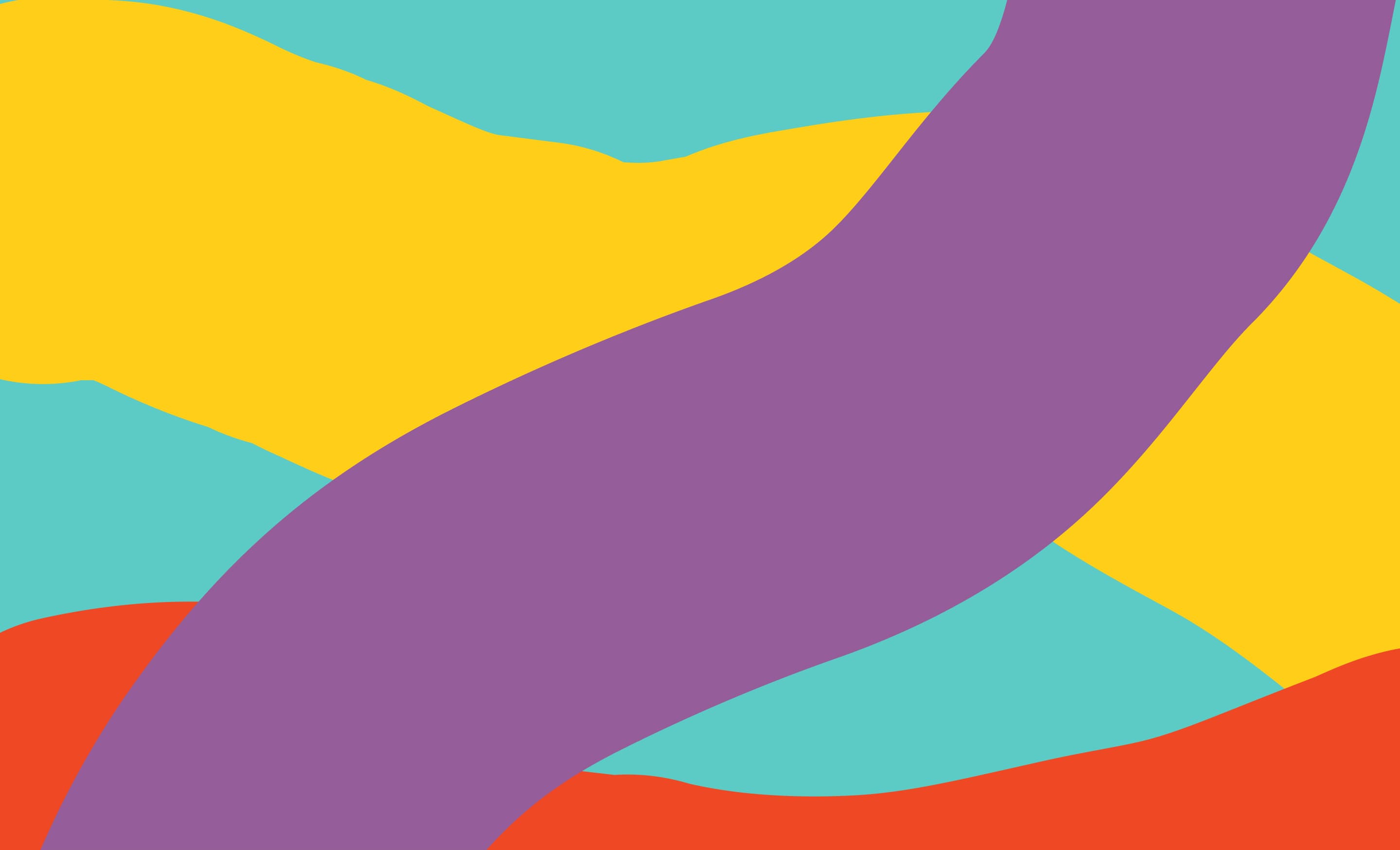 Every single one that comes through has an equally challenging story, but one thing in common: coming here has given them their choices back, their dignity back, and their life back.

This is an incredible example of a severely malnourished young girl in extreme danger of violence, severe health conditions and without much hope for a future.

Severely anaemic, weighing only 20kg and near-orphaned, 7 year old Kanaka was brought into KKSS with her mother who had a fractured spinal cord after being violently abused by her drunken husband. Her mother received medical care and was admitted into the women's refuge for rehabilitation, right next to Angel House where Kanaka was admitted.

KKSS took them both into a warm and loving environment, Kanaka was monitored by a paediatrician, and on the recommendation of a dietician had a nourishing diet of eating four times per day and her weight came up to 24kg within a few months.

She was accepted into the local school on the strong recommendation and word from KKSS, even though she had no birth certificate or identification. KKSS contacted the hospital where she was born and requested her birth certificate, and with this she was able to apply for an ID card with their own address.

A bank account was opened for her and she was able to receive help from the government, something that would have never happened without their help. It was found that both of her parents were HIV affected. Her father tried to come and take her many times, she was afraid and refused to go. KKSS was able to get a legal document that ensured he wouldn't approach her while she was in their care. Kanaka was also still bed wetting from the result of stress, anxiety and the trauma she had experienced in her short 7 years - the paediatrician prescribed counselling and to be woken up every 2 hours.

She is now free of this problem.

This is an incredible example of a severely malnourished young girl in extreme danger of violence, severe health conditions and without much hope for a future. Kanaka is doing well in her studies, is happy, healthy, with many friends - and hope for the future.

Savatri was nearly abandoned and at high risk of child labour and severe health conditions. Now, she's at school and is one of the brightest students in her class.

12 year old Savatri was brought into KKSS when it was found she was in her home alone for long periods of time as her mother had to leave to work as a house maid in another city. Shy, badly malnourished and with poor vision, KKSS took her in to their warm and loving environment, had her monitored by a paediatrician, an optometrist to fit glasses and admitted into the local school. Within a short period of time, Kanaka's grades were excellent. She took part in, and won, local sports competitions and passed her final school exam three years later with excellent marks (918 out of 1200). Savatri wanted to go to college, and KKSS organised her admission and found her sponsorship - she is now studying in 2nd year, and returned home to her mother who had finally found a local job. She expects to graduate soon, get a good job and to help her and her mother live a more dignified life.

This is another incredible story of a near-orphaned girl in danger of following in her mother's footsteps. Orphaned girls are at extreme risk of child labour, severe health conditions, prostitution and trafficking. Savatri, with the help of KKSS, has a bright future.

Preeti's father regularly beat her mother, Mari, and both were admitted into KKSS in 2014. Shortly after, her father remarried and abandoned them, which can be difficult when the mother has no ability to work - illiterate and without any work experience. KKSS helped Mari to get a divorce and gave her regular counselling. Preeti's grandmother regularly visited, and one summer holiday Preeti didn't return from her village. Councillors from KKSS travelled out there to enquire about her whereabouts and had found out that Preeti had reached puberty, and that she had to be "protected" until she was married. She was 14. KKSS councillors regularly visited Preeti and her grandmother, and tried to convince her that her future lay in education, that she was doing very well in her studies and took a copy of a local newspaper that published her photo for her excellent grades. They pleaded that they would take good care of her until she finished her studies and finally the grandmother agreed.

A story of a girl that nearly married very young and with no choice for her own life. Preeti now has many options for her bright future.

Bhavna was trapped in an abusive marriage and feared for her life and that of her one year old son. KKSS helped her get a divorce, counselling and encouraged her to teach maths.

Bhavna experienced terrible troubles in her marriage. A love marriage, the first 3 months were happy and without any problems. That's when things started to go wrong. Her father in law started making advances on her both verbally and physically, which she fiercely resisted and when she went to her husband for help, he was indifferent and did nothing. Then, both father and mother in law started abusing her and demanding dowry and jewellery. Again, her husband did nothing. Unable to bear this abuse and insecurity, she went to the police for help who told her to return to her own parents. She did that - but they didn't want her back, because a married woman cannot return home. She was helpless, and in the middle of all of this, she gave birth to her son. She tried for nearly a year for help from the police, to try and live with her husband and child but it was unbearable. She was admitted to KKSS with her one year old son in 2015. Depressed and feeling utterly defeated, Bhavna started regular therapy and since she had an education, was encouraged by KKSS to teach the girls of Angel House Mathematics and English, and to be a governess of the home as long as she wanted. Soon after this she was happy and with the help KKSS Legal Aid her application for a divorce was approved and she was able to return to her parents. She now has a job as a tutor and earns a good salary, she is independent and is able to look after herself and her son.

A story of a defeated woman, abused by her husband and her in-laws, and abandoned by everyone. With two years of rehabilitation, legal assistance and encouragement to utilise her skills, Bhavna has created a stable, safe and dignified life for her and her son.

Iniyial suffered from severe mental illness and was rejected by her community and family due to stigma. KKSS helped her see a doctor, and with her previous nursing training was encouraged to care for the girls at KKSS - which gave her a purpose and a future.

Iniyial is a nursing graduate, is from a small village near Chennai and for the past few had been suffering from seizures and had become mentally unstable - she was regularly found wandering aimlessly with no idea how she got where she was, or where she was going. India has a huge stigma around mental illness and Iniyial was rejected and abandoned by her family and community. She reached KKSS in June of 2017 in a bad state. The doctor who regularly visited KKSS treated her and kept an eye on her for several months, as well as prescribed a lot of counselling and therapy. As Iniyial was a nurse graduate, KKSS asked her if she'd like to be in charge of the hygiene of the girls of Angel House and she accepted - soon after, the girls had a routine of brushing their teeth, washing their hands before each meal, kept their rooms clean. Within a short period of time Iniyial's seizures had stopped and she was mentally stable. As part of the treatment KKSS gave her, this included having a purpose and it was hugely successful. KKSS contacted her mother and brought her in for regular counselling also. Her mother came in angry, yelling at Iniyial and ashamed of her, thinking that her condition was somehow brought on willingly. Over time she calmed down and mother and daughter reconciled. She is now living back at home, has a job at a local hospital and earns a good salary.

A story of a woman that experienced mental health issues likely due to past trauma, and without the help of KKSS she likely would have been left on the streets with no hope. KKSS has given her her life back.